There has been fantastic news for Amazon Prime users who happen to be a big fan of the NFL. Back then, NFL had signed contract with Amazon which enable the streaming service to broadcast the Thursday Night Football games. Even much better, the Amazon Prime Video users can stream the games for free.

Then how about anything else? The good thing here is that you don’t need the expensive cable or satellite to watch your NFL Sunday Ticket. Now you can stream all the NFL Sunday Ticket games on Amazon Prime. It might be a bit complex but it is worth your time and effort.

The NFL Sunday Ticket offers three different packages in the market. You will need to pick one of them to watch your favorite NFL teams on Amazon Prime.

It is important to know that the games will be available for the Amazon subscribers. Amazon Prime membership program should be picked first. Amazon Prime will handle the broadcasts of the Thursday Night Games in weeks 4, 5, 6, 7, 8, 9, 10, 11, 13, 14 and 15.

As an avid NFL fans, you are able to watch many “Thursday Night Football” games online without having to spend a single dime on Amazon Prime. Amazon Prime is the best choice for all the football fans to watch the NFL games online or on TV for free.

The Thursday Night Football is one of the things you could consider in Amazon Prime.

With the deal with the two parties, that results in Amazon to own the right to live stream some of the Thursday Night Football games. Fox TV broadcast will feature Joe Buck and Troy Aikman. Those who have been around for a while in the NFL world must know these two popular names. The Amazon Prime Video online stream will also feature Hannah Storm and Andrea Kremer to cast the NFL games. That would be the first time that the NFL dispatches the all-female cast.

The good thing here is that some of the games in the NFL are available to watch for free in the Amazon Prime service. The games will be available to multiple outlets. The TV rights for the dozens of NFL games are not small deal. That proves the seriousness of Amazon Prime in handling the streaming rights and expands their market. They will do their best to maintain the satisfaction of the NFL lovers.

If you are using Amazon Prime, consider to take a look at the NFL games schedules first. Amazon Prime official site would normally post the official schedule. You will easily find it. So, when y-our favorite team plays, make sure to tune in the Amazon Prime as you go. 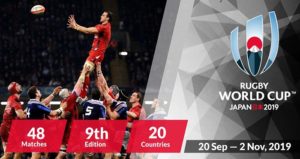 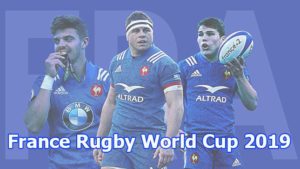